A mini-review on Photoswitchable catalysis with organometallic compounds.

This review describes the state of the art in photoswitchable organometallic catalysis, underlining the importance of ligand design. The implementation of spatio-temporal control on known catalytic processes has been appealing to several researchers for a long time. Even though the area is still in its infancy, the diversity of the existing examples shows that there are plenty possibilities in terms of the photochromic actuator of choice, and on the expected effect of the photochemical transformation on the catalytic process. The pioneering examples discussed here are, in many cases, just basic models far from efficient.
However, they suffice to envisage the magnitude of the space that remains unexplored, letting us foresee that exciting innovations are awaiting. 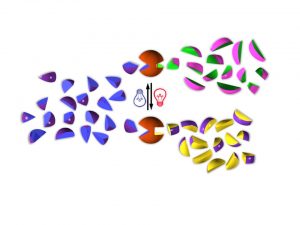 Sorry, the comment form is closed at this time.

Tweets by freixasgroup
We use cookies to ensure that we give you the best experience on our website. If you continue to use this site we will assume that you are happy with it. Ok